According to Technavio, the global drip irrigation market was projected to increase by 14% from 2016 to 2022 due to technological innovations that would lead to increased water efficiency of irrigation systems.

The market growth would be driven by government initiatives to promote the conservation of water resources, to control the surging farming costs, and to emphasize profitable farming by the adoption of drip irrigation.

With the world population expected to reach over 19 billion by 2050, the demand for sustainable food security initiatives is still high. The only way to get the food volumes we need is by improving production.

Smart agricultural solutions and modern methods of irrigation will be instrumental to meeting the goal of increasing food production; in fact, it may be impossible to meet that goal without it. 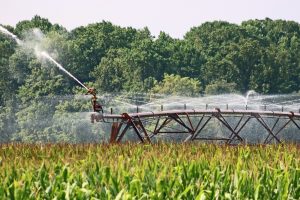 Non–agricultural water usage is also expected to rise between 2018 and 2022 due to the growing need for water for residential, golf courses, turfs, and landscapes.

As a result, vendors are developing products to reduce water wastage, which is yielding positive responses and investments.

There is a need for smart irrigation that can minimize wastage, enhance climate change, and provide monitoring tools that will provide timely agricultural statistics.

Here are the top types of irrigation schemes:

The automatic watering system is made to adjust irrigation schedules. It works by detecting specific factors such as the water content in plants, soil moisture, wind speed and direction, and other local weather data.

This water system is beneficial in that it contributes to a sustainable environment and reduces the cost of labor as well as the water used.

Soil sensor-based irrigation controllers have risen in popularity due to their ability to enhance the monitoring and evaluating irrigation systems, and from the precision, with which the sensors read data from the soil, the atmosphere, and the plants in the fields where they have been installed.

Unlike weather forecasts dependability, sensor-based irrigation controllers function according to the threshold of the preset factors.

The drip irrigation system, also known as trickle irrigation, is a type of micro watering system where the water is delivered to the plants’ roots. It consists of a pipes network with valves, emitters, and fittings.

The smart irrigation market segment is expected to grow considerably in the forecast period due to the efficiency of the system to nurture soil and crops, and, therefore, to increase food production. In 2017, US led the market with a 61% dominance, then EMEA and APAC respectively.

America’s dominance can be attributed to the way they’ve embraced mechanization and is expected to increase with the continued initiatives to conserve water by the region’s government. Equally, other countries such as Canada and Brazil have large agricultural lands and are expected to contribute to the market growth.

Similarly, Asia Pacific is expected to grow substantially due to the rising demand for modern methods of irrigation and the emerging economies like China, India, and South Korea being the dominant nations in the region. China is forecasted to lead due to its increasing adoption of advanced agricultural technologies and practices.

By allowing water and nutrients directly to the plants’ roots, drip irrigation saves on the amount of water that would have otherwise be misused. This is beneficial in reducing the loss of water through evaporation.

However, the main restraining factor on installing a drip irrigation system is the high initial cost of purchase and maintenance.

In addition, a lack of awareness regarding technological advancement and poor infrastructure and electricity supply, especially in the underdeveloped regions of Asia and Africa poses a threat to the growth of the market.

Why do you need them?

According to research on agricultural equipment, the benefits of using drip irrigation are seen throughout the cycle of growth. This irrigation system has better watering of the soil promoting better germination. It also allows optimization of water and air balance in the soil thus maintaining proper condition for root development.